The AmaDagio cruise from Lyon to Arles is coming up fast, and Lyon is the birthplace of Antoine de St Exupery. So it seemed appropriate to read The Little Prince for our next book club selection.  It’s a classic for all ages — and a very quick read. 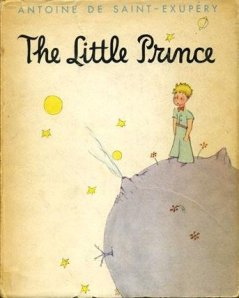 St Exupery had a very interesting life.  He was a successful commercial pilot before World War II, working airmail routes in Europe, Africa and South America. At the outbreak of war, he joined the French Air Force and flew reconnaissance missions until France’s armistice with Germany in 1940. He then traveled to the United States to persuade the U.S. government to enter the war.

After a 27-month stay in North America, during which he wrote three of his most important works, he joined the Free French Air Force in North Africa (even though he was beyond the maximum age for such pilots and in declining health). On his last assigned reconnaissance mission in July 1944, he disappeared over the Mediterranean and was presumed dead.

His literary works, among them The Little Prince, translated into over 250 languages, propelled his stature posthumously to national hero status.