“I love Kashmiri sculpture more than anything else,” confessed our guide, Met curator Kurt Behrendt, on a recent gallery tour. “We’ve got, in this tiny room, the biggest collection, outside Kashmir, in the whole world.” Gesturing to a stunning early sculpture, seventh century (he was nonplussed), Behrendt stated that maybe only 100 or 150 examples can be found in a museum anywhere. For more than this tantalizing taste, he reminded us, “you must go to Kashmir. On our tour with the Met this fall,” he continued, “we are going to see all the early Buddhist temples, intact with their sculptures, very rare. The 7th to 8th centuries, after the collapse of the Guptas, was the great moment, not centuries later!”

A popular lecturer, Dr. Behrendt is both the leader and, in collaboration with our team at Arrangements Abroad, the designer of the Travel with the Met tour, Ancient Kingdoms & Glorious Temples, Kashmir, Punjab & Rajasthan, scheduled for October 1-17, 2015. 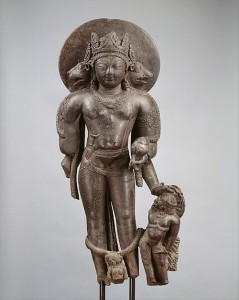 The Vale of Kashmir is, he said, is a lovely green place—“like an island in the mountains, not very high, maybe 6,000 or 7,000 feet with big rivers and lakes, and rich agricultural land.” Known for its pine trees and rhododendrons, the Kashmir valley a place, Behrendt emphasized, “where everyone through history wanted to go.  All the Bollywood films are filmed there.” Off the world stage for decades, the situation in Kashmir calmed down, he explained, about five years ago. “My friends are visiting Kashmir, with their kids,” he added.

We continued to the next room, dominated by a simple white statue of a seated Buddha, perfectly enlightened.  This statue, he admitted, was pretty great—and the temple bay above even better. “What they are doing in the Jain tradition,” he explained, “is creating heavens.”  The sites we will see in Rajasthan, like the temples of Rankapur, he went on to say, are the very best of the Jain temples, more than hinting that lucky participants would be all but participating in the celestial abode.

Our guide saved enthusiasm for Gandhara—the ancient Buddhist kingdom that was the subject of his Ph.D. dissertation and first book. When India and Pakistan were divided, he explained, the museum in Lahore got half the riches of Punjab and the other half sits in the middle of nowhere in Chandigarh, which Corbusier created as India’s first planned city. The collection of Gandhara sculpture at the Chandigarh Museum, just to give one example, is maybe 40 times that of the Met. We will visit, he noted, at the tail-end of the monsoon season, when the desert is in bloom. All should be green!

The goal of this trip, he emphasized, is to see great sculpture—a very good thing! How could you possibly go wrong, Behrendt added dreamily, with fabulous vistas, 3-D mountains and rivers, great forts surrounded by desert and clusters of great temples dating from the 8th to the 14th centuries?  Unlike some parts of India, good roads and world-class infrastructure make life easy.  Berhrendt will be leading an optional tour on the last full day to Chittorgarh Fort—one of the largest in India and probably the grandest in the state of Rajasthan. Most people, Berhrendt stated, drive right by. But not us! Chittorgarh was one of the six majestic forts inscribed as a UNESCO World Heritage Site in 2013. The tour culminates with two-nights at the Oberoi Udaivilas Hotel. The Taj Majal is included as an optional 4-night postlude. More details in the brochure.

Darsan, Seeing the Divine Image in India  by Diana Eck

Kurt recommends starting with this book, “a great short read that frames the big ideas.”  A fascinating and rigorous guide to deciphering Hindu symbolism, this book will help you understand and appreciate religious art in India. Despite its scholarly paraphernalia and language, the book (whose title translates as “seeing”) is tremendously useful for the traveler. With a useful glossary.

A volume in Phaidon’s excellent “Art and Ideas” series, this illustrated book, geared for students, considers the religious and intellectual contexts of three thousand years of Indian art and architecture. It’s particularly commendable for its extensive coverage of modern art — which gets short shift from many such surveys. This very readable book features 250 color illustrations.

The Hindu Temple by George Michell

In The Hindu Temple, considered the standard introduction to the subject and first published in 1977, George Michell explains the cultural, religious, and architectural significance of the temple. He illustrates his points with a profusion of photographs, building plans, and drawings of architectural details, making the book a useful guide for travelers to Asia as well as an illuminating text for students of architecture, religion, and Asian civilizations.

Kurt Behrendt
Associate Curator in the Department of Asian Art, Behrendt is curator of the current exhibition, part of the celebrations of the centennial of the department, One Hundred Years of Tibetan Art at the Met, and Sacred Traditions of the Himalayas, for which he is giving gallery talks, free and open to the public with museum admission, on Monday, May 11 and Tuesday, June 2 at 10:30. Go if you can! He’s among the most engaging speakers we’ve met in a while.

Contributed by Darrel Schoeling and with thanks to Aiza Keesey and Kasia Vincunas of Travel with the Met, who arranged the talk and let Darrel tag along. 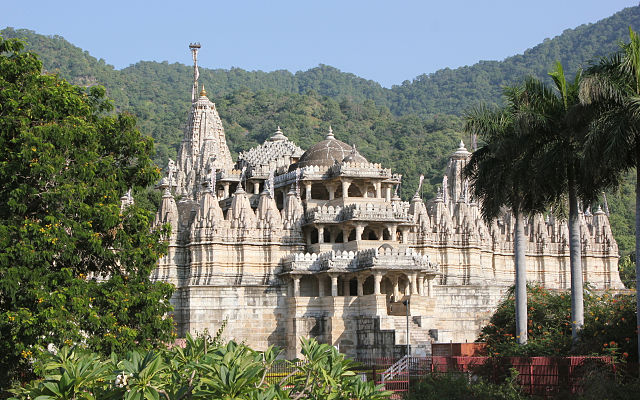