When thinking of a meal in Germany, if you conjure a picture of a bratwurst in a beer hall, we have a few surprises for you on an upcoming trip to Dresden and Berlin. 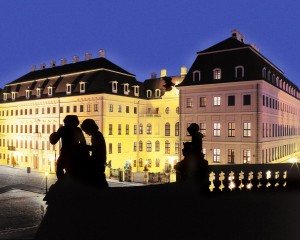 At the five-star Kempinski Hotel Taschenbergpalais in Dresden, dine on roasted duck with vanilla carrots and hazelnut potatoes at Restaurant Intermezzo, whose elegant courtyard turns into an ice skating rink in winter. Enjoy a crêpe filled with salmon, chive crème fraîche, broccoli and arugula on the terrace of the hotel’s Palais Bistro, which has spectacular views of the historic Frauenkirche.

The Kempinski also operates the highly acclaimed restaurant Lesage, housed in the glass-walled Volkswagen factory. In this distinctive setting, watch workers in white lab coats assemble Phaetons while working your way through a meal that might include a salad of chanterelles and truffles, followed by saddle of veal on turnip cabbage with spinach gnocchi and cassis butter. 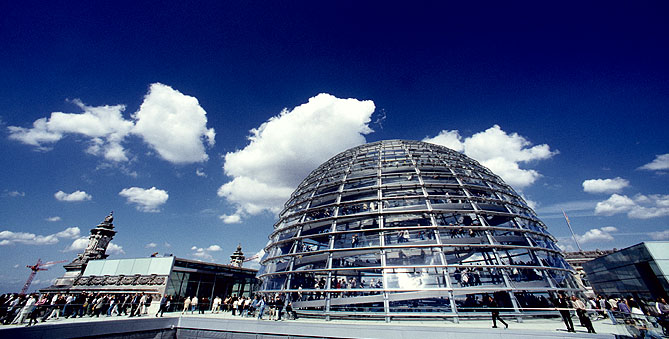 In Berlin, lunch at Kaefer’s, on the roof adjoining the stunning Reichstag dome, will be memorable both for its panoramic views and decidedly non-diet fare such as foie gras-stuffed fillet of beef wrapped in bacon. 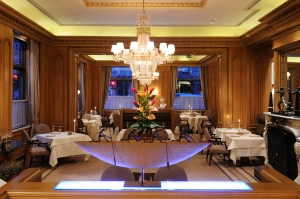 You won’t want to say “Auf Wiedersehen” at the farewell dinner in our Berlin home, the deluxe Regent Berlin. For five years running, the hotel’s Fischers Fritz restaurant has earned two Michelin stars for cuisine such as skate with lemon, caper butter, and caramelized parsley root, presented with impeccable service in an elegant oak-paneled dining room.  “Probst!” to new German cuisine.