Popular among locals and tourists alike, the Russian Market in Phnom Penh, Cambodia carries a wide array of items including clothing, silk, jewelry, antique furniture, carvings and food. It’s also known for having the best iced coffee in the city. The bazaar gained its moniker during the 1980s, when it was known as the foreigners’ market and the majority of international visitors in Phnom Penh were from the Soviet Union.

The Russian Market is just one of many unique marketplaces that travelers experience on trips with Academic Arrangements Abroad. During one of our programs, you might stroll through the lively Night Market in the heart of Ahmadabad, India, or experience the bustling spice market in Fes, Morocco. 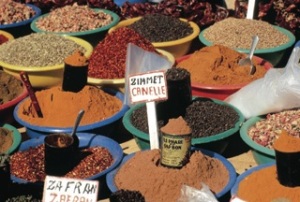 We asked staff members at Arrangements Abroad to share impressions of some of their favorite marketplaces. Here’s what they had to say:

“I like the Grand Bazaar in Istanbul because of the HUGE variety of wares to be found in its miles of lanes and passages, and all the local Turks buying there,” says Director of Sales Cassidy Morris. “Plus, every shop you go into gives you a cup of tea!” She also likes Istanbul’s remarkable and affordable Spice Market, which is among the largest bazaars in the city.

Cassidy adds, “I would also say the souk in Tunis is amazing – because of how uniquely windy it is and again, the large amounts of goods sold.”

Vice President of Communications Gloria De Luca remembers the vast bazaar in Isfahan as  “unforgettable, because of its long history and the wealth of traditional goods on view — from colorful carpets and tiles to metalwork, hand-painted table linens, and the most delicious dates to be found anywhere. But most impressive is the bazaar’s location on the magnificent Naqsh-e Jahan square.” 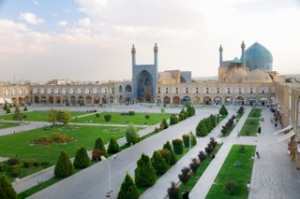 Vice President of Operations Ellen Renstrom loves Bangkok’s night market:  “Conveniently located near the Lumpini subway stop, or with a quick taxi ride, the night market offers rows and rows of local knock-offs such as shirts and purses, but also costume jewelry and clothing by young up-and-coming designers who have their own booths in a specific section. All in a very friendly and unintimidating environment – I arrived by myself around 9 p.m. and left at 10:30 p.m., and never felt hassled or uneasy/uncomfortable. The official hours are 6 to 11 p.m., but most locals advise arriving after 8, when all the stalls are more certain to be open. And remember to bargain!”

Both Gloria and Ellen recommend traveling to the Pushkar Camel Fair in Rajasthan, India. Every fall this week-long gathering of cattle, Mewari horses and, more importantly, camels takes over the town of Pushkar with colorful markets and robust bargaining. 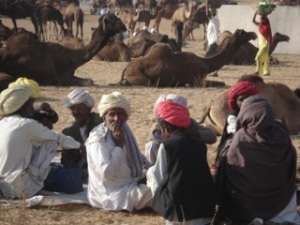 Be there at the beginning of the week, they explain, in order to marvel at the sight of thousands of camels gathered on the hillside, as they are inspected, “test driven” and haggled over by the camel owners who come to buy and sell. Horses and cattle are brought in by truck, but camels are walked to and from the market, so on your way back to Jaipur, you are apt to see herds being led alongside the highways. You can also shop in Pushkar and walk around its sacred lake. Note: The exact dates of the Pushkar Camel Market are determined by the lunar calendar and occur somewhere between late October and late November. For visitors to the fair, comfortable tented camps are available, and there are now even a few luxury hotels in the area. 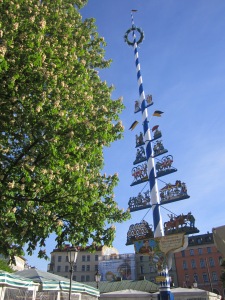 “I think I ended up walking through there at least once a day during my stay in Munich,” she says. “One thing that is great about it is the diversity of things for sale – meats, cheeses, fruits and veggies, handicrafts, honey, olives, hot food stands, juice stands, beer garden, etc. It is ringed by cafes and restaurants. And there are even a few water fountains throughout to wash off a piece of fruit or grab a drink of water.”

“It’s the largest (formerly open air) food market in Rome, located in a working class neighborhood, Prati,” she explains. “It’s where the Romans shop for food. And it is so big that it looks endless!”

What are some of your own favorite markets around the world?