The restaurant in downtown Cairo was empty compared to visits in years passed.  There was no taxi outside when we left so we decided to walk to our hotel.  Within a few minutes we were crossing Tahrir Square, once a bus station amid pulsing traffic, now a beacon for freedom in Egypt and throughout the region. 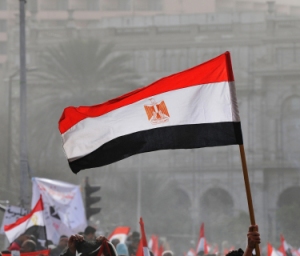 On a Thursday evening in early January it was peaceful: some traffic to dodge as we crossed to the middle were the scene was reminiscent of the Occupy protests around the world: banners; some tents; people hanging around but a far cry from the mass demonstrations of the last twelve months.

We wandered across the square, took a few photographs, continued by the Nile and reached our hotel.

All very easy and normal.

Our experience during the remainder of the trip was exactly the same.  Indeed, everything was easier than before as so few other people were visiting the country.  At the Egyptian Museum we could linger in front of Tutankhamen: no crowds jostling us and urging us to move on.  We were alone in the tomb of Ramses IV on the West Bank in Luxor.  Many of the vendors shops were closed in the usually bustling market outside Edfu temple.  And we could photograph the temples at Abu Simbel with not a soul in the pictures.

There is nowhere like Egypt.  No other country has the pyramids and temples and tombs.  Contrary to what the Greeks may claim, much of Western civilisation began in Egypt.  Anybody with a love of travel has to see Egypt at least once.  This is the time to go.  While it is without the crowds and in the knowledge that visitors are exactly what this tourist-dependent country needs as it seeks a new course into the future.