If Arnhem Land sounds a magical place, like Wonderland or Neverland, in a way it is. In the far reaches of Australia’s Northern Territory, Aboriginals documented their lives in hundreds of rock shelters depicting subjects ranging from now-extinct animals to 20th-century ships. It’s almost impossible to fathom that some of these magnificent, colorful renderings were created more than 30,000 years ago.

Knowing you are sharing the physical habitat and intellectual environment of the world’s oldest living culture is thrilling. The setting of these amazing documentations of human history is noteworthy as well. Rainforests, savannah woodlands and wetlands teeming with brolgas and barramundi are punctuated by soaring sandstone escarpments.

Special permits are needed to visit this indigenous territory. Arnhem Land is certainly not on the main tourist route, and not easy to access. But as with many off-the-beaten-path adventures, you will be greatly rewarded by the effort. Just ask Alice or Peter Pan. 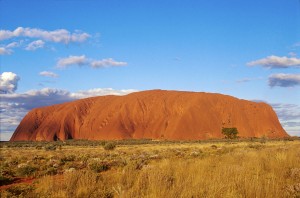